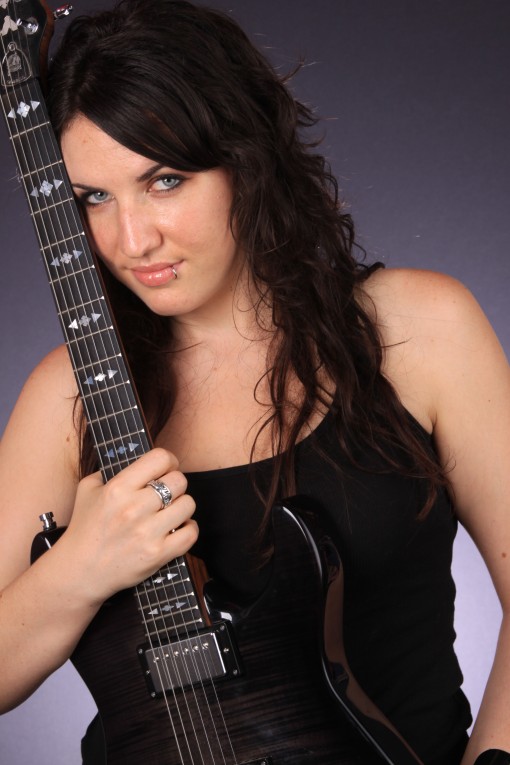 Abby Markson is a musician who graduated from the critically acclaimed Musician’s Institute, MI, in Hollywood, California. At MI, Abby was trained in all types of guitar styles, such as rock, jazz, blues, metal, funk, folk, acoustic,etc. Abby’s introduction to music was in elementary school when she first began her musical training on the violin with a member of the Phoenix Symphony Orchestra, as well as performing with her elementary school orchestra. From the violin, Abby branched out to the guitar and since then has made guitar the focus of her musical craft. Before moving to California, she studied privately in Phoenix with Carole Pellat, a locally renowned guitarist for several years.

Music has always been the driving force in Abby’s life and she has utilized her musical talent and skills in a variety of ways. Abby has been a part of the following musical projects, Heavenly Led ( a Led Zepplin tribute band), Skrimshaw ( a band she co-created and wrote the music for with a fellow guitarist), Red Light District (a smokey jazz age caberet band), and has filled in and worked on various other independent projects such as Black Nautilus and Bravo Delta.

Abby has also been active with youth, having been a summer counselor and guitar teacher for Day Jamz and Camp Jam (a kid’s summer music camp) in both Phoenix, AZ and Los Angeles, CA. Abby had the great opportunity to Direct the Camp Jam Kids camp in Orange County in 2008, which was extremely fun and rewarding. Before moving to Seattle, Abby was a guitar instructor at the Keyboard Galleria Music Center in Santa Clarita, CA and taught private, in home guitar lessons to kids and adults in the Los Angeles area. Abby now makes Seattle her home and is currently teaching guitar at the School of Rock in Bellevue, WA. You may contact Abby to inquire about a private lesson via email at abbymarkson@gmail.com.